What Is Hispanic Heritage Month? 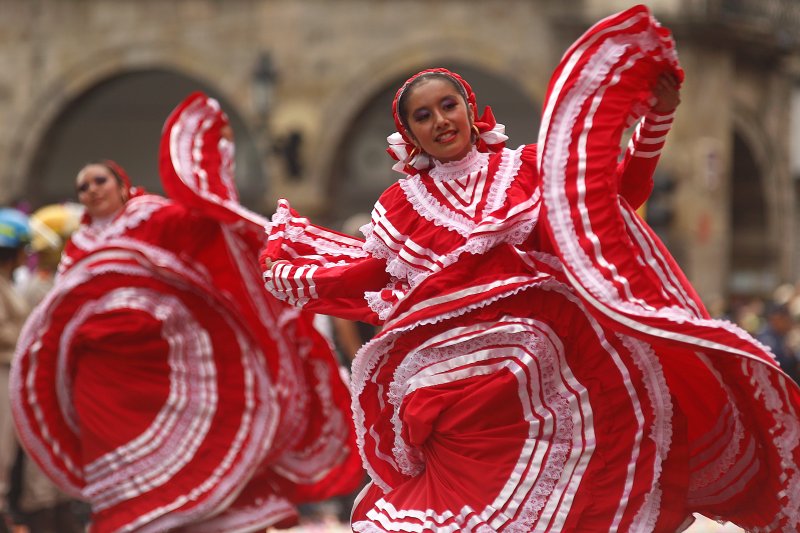 Composed of 56 contingents including 26 mariachis in countries like Costa Rica, Venezuela, Peru, Colombia, United States and Mexico, the parade of the XX International Mariachi and Charreria was held in Mexico on Sept. 1, 2013. Mariachi groups or ensembles Mariachis are typical of Mexico, while the music and clothing are famous worldwide. Hugo Ortuno—Getty ImagesBY RACHEL LEWIS SEPTEMBER 15, 2017 12:17 PM EDT

What Is Hispanic Heritage Month? | Time

Hispanic Heritage Month is an official celebration of American citizens whose ancestry can be traced back to Spain, Mexico, Central and South America and the Caribbean.

When is Hispanic Heritage Month?

The festival now lasts from September 15 to October 15 every year, but it first started out as just a week long celebration of in 1968. Twenty years later, in 1988 it expanded to dedicate a whole four weeks for the celebration of being Hispanic.

The celebration starts in the middle of the month, as opposed to the end, because the 15th marks the independence days of five Latin America countries: Costa Rica, El Salvador, Guatemala, Honduras and Nicaragua. Mexico, Chile, and Belize follow shortly after, on the 16th, 18th and 21st.

Who does it celebrate?

Hispanic Heritage Month “pays tribute to the generations of Hispanic Americans who have positively influenced and enriched our nation and society,” according to the official website.

Dolores Huerta the activist, Roberto Clemente the baseball player, and Sonia Sotomayor the Supreme Court Justice, are just three of the Hispanic figures celebrated throughout the month.

Happy #HispanicHeritageMonth This is our month so let’s embrace our culture and remember that no matter what, we’re here to stay 🌎❣️— SEHS OLAS (@SEHSOLAS) September 15, 2017

People up and down the United States put on events and festivals to honor Hispanic culture. The El Barrio Latin Jazz festival takes place in the Bronx, N.Y., from September 15 to 25, and the Northwest Arkansas Hispanic Heritage Festival in Fayetteville, Ark., are just a couple of the local celebrations.

The Smithsonian Institute tweeted that they were sharing memories of Mexican-American entertainer Selena by displaying one of her costumes at the National Museum of American History, and throughout the month they are hosting Hispanic dance performances, art and natural history exhibitions.

Tomorrow marks the start of #HispanicHeritageMonth. Today our @amhistorymuseum shares memories of Selena, whose outfit is now on display. https://t.co/VTOSlQ90s0— Smithsonian (@smithsonian) September 14, 2017

How big is the U.S. Hispanic population?

Almost a fifth of the total U.S. population is Hispanic, according to the Pew Research Center. At a population of 57 million, they are the second-fastest growing racial or ethnic group behind Asians. Hispanics made up just 5% of the population back in 1970.

Of that population, around two-thirds, or 35.3 million, are people of Mexican origin. Those of Puerto Rican heritage are next at 5.3 million, and around 1 million each of Salvadorans, Cubans, Dominicans, Guatemalans and Colombians are living in the United States.